Providers of skills courses and adventure activities for all ages and experience. Whether it's your first time wearing a climbing harness, or ticking off a winter climb from your list, we can help you out.

Our Journey
1989
Hebridean Pursuits was born.
Set up by Andy Spink and Stephen Thomas initially as a walking, sailing and painting holiday provider, they soon found themselves working with more and more groups of young people from disadvantaged backgrounds, between the holiday bookings. They quickly saw the impact the outdoor experiences were having on their confidence, self-belief and aspirations for a better future. At the same time, Andy and Stephen recognised that many more would never get the chance to experience the outdoors in the same way. Cost was a barrier to improving their life chances.
1992
Rose’s Charitable Trust set up alongside Hebridean Pursuits
Through the charitable trust, Andy and Stephen could apply for grants to partially fund activities for vulnerable young people; making the experience more accessible to those who needed it most. Alongside outdoor activity residentials, they ran a sail training programme for the young people, giving them the opportunity to not just learn skills, but also explore the islands on the west coast of Scotland. Demonstrating a commitment to changing young lives, profit from Hebridean Pursuits was reinvested into the Trust too.
1992 - 2020
Roses Charitable Trust (RCT) is in operation
Working in partnership, RCT and Hebridean Pursuits Ltd delivers the majority of its work from Tavool House on Mull (pictured here) from 1999-2017 .In 2018 the lease comes to an end and residential work is delivered from Glencoe Independent Youth Hostel and Arle Lodge on Mull.  Over the 28 years, RCT raised over £1.7million from funders and donors and worked with over 6,000 young people from disadvantaged backgrounds.
2020
Hebridean Pursuits Outdoor Learning is formed
Fast forward to 2020, and we run entirely as a charitable social enterprise. Hebridean Pursuits Outdoor Learning is a Scottish Charitable Incorporated Organisation (SCIO) and is an amalgamation of the work that Roses Charitable Trust and Hebridean Pursuits Ltd. have been delivering since 1992.  We have a mix of income streams to support our sustainability – securing funding and donations to improve young lives and working with private clients while operating to the same high standards as we always have done.

"I hope as the young people grow, they will remember this trip and how they faced fears and personal challenges, supported their peers and overcame"

Thirty years’ experience of working with youth groups, young people from disadvantaged backgrounds, young carers, vulnerable young adults as well as refugees, minority ethnic groups and the LGBT+ community means we know a thing or two about the young people we work with. So we know how to make the experience the best it can be for everyone.

Every one of our outdoor team is fully qualified to instruct and lead. They all hold outdoor first aid certificates and are members of the Protection of Vulnerable Groups (PVG) Scheme. We’ve got extensive hands-on experience, we’re extremely competent and always put your safety first. So you can trust us to look after you.

We are a registered Scottish Charitable Incorporated Organisation in Scotland. Our charity registration number is: SC049755 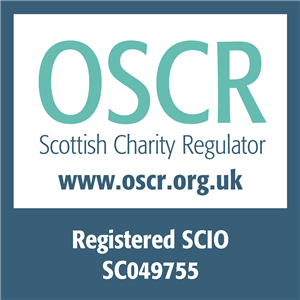 Our team is handpicked for their ability to inspire, engage, show empathy and build trust. And they’re chosen for their credentials in delivering safe outdoor learning experiences for children, young people and adults too.
Whether it's our core team of Andy and Fiona, or one of our trusted associate instructors, you can be sure you’re in very capable, caring hands. 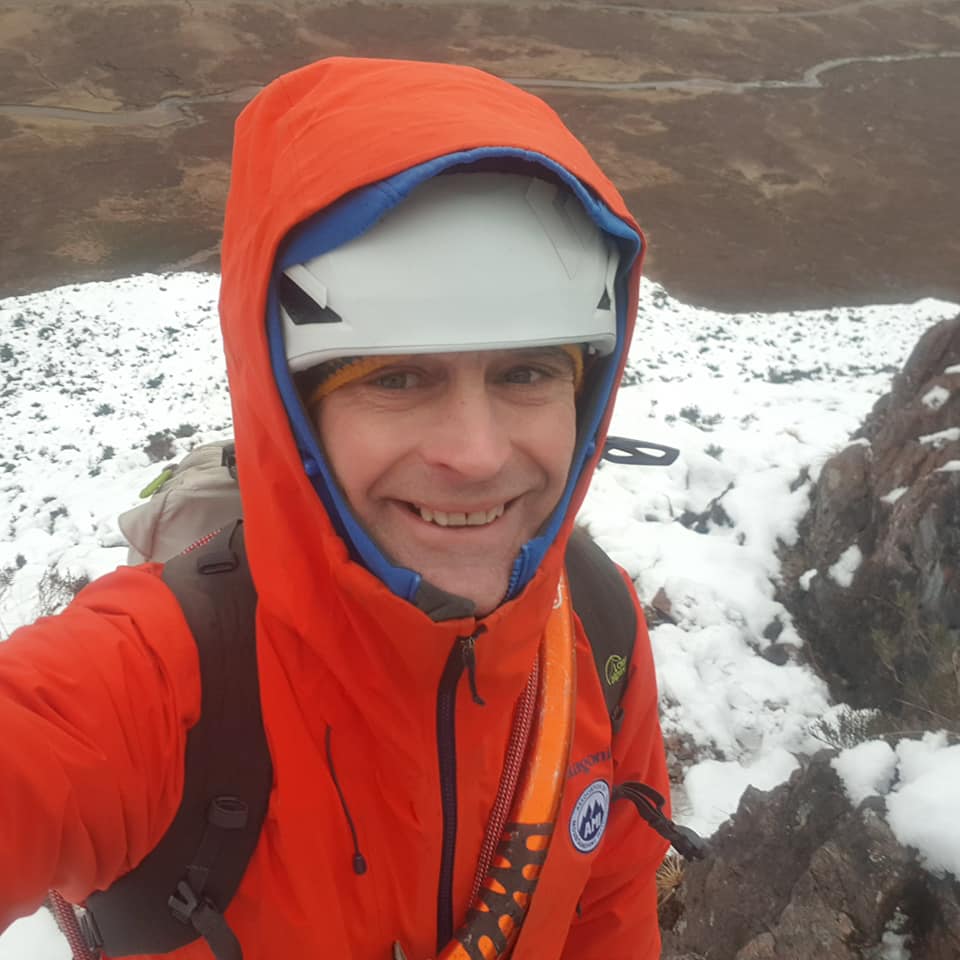 General Manager and Instructor
‍
You could say that adventure is in my blood. I’ve completed all of Scotland’s Munros and have extensive walking and climbing experience in the UK, South America, the European Alps and the Himalayas too. I’ve surfed and sea kayaked in locations across the globe and have vast experience in coasteering for fun and as a trainer/assessor. Learn more about him here.

Finance and Admin Lead
‍
I have over 25 years finance and admin experience both as an employee and running my own business. I live in Oban with my husband and daughter and feel lucky to live in such a beautiful part of the world. Argyll is a wonderful place to live and I enjoy walking in the stunning countryside with my family.  I also enjoy Zumba, live music and theatre, and always have my nose in a good book. I appreciate how lucky I am to have the stunning hills, beaches and nature on my doorstep so it is wonderful to work with an organisation who offer young people from all over the country the opportunities to experience, share and enjoy this. 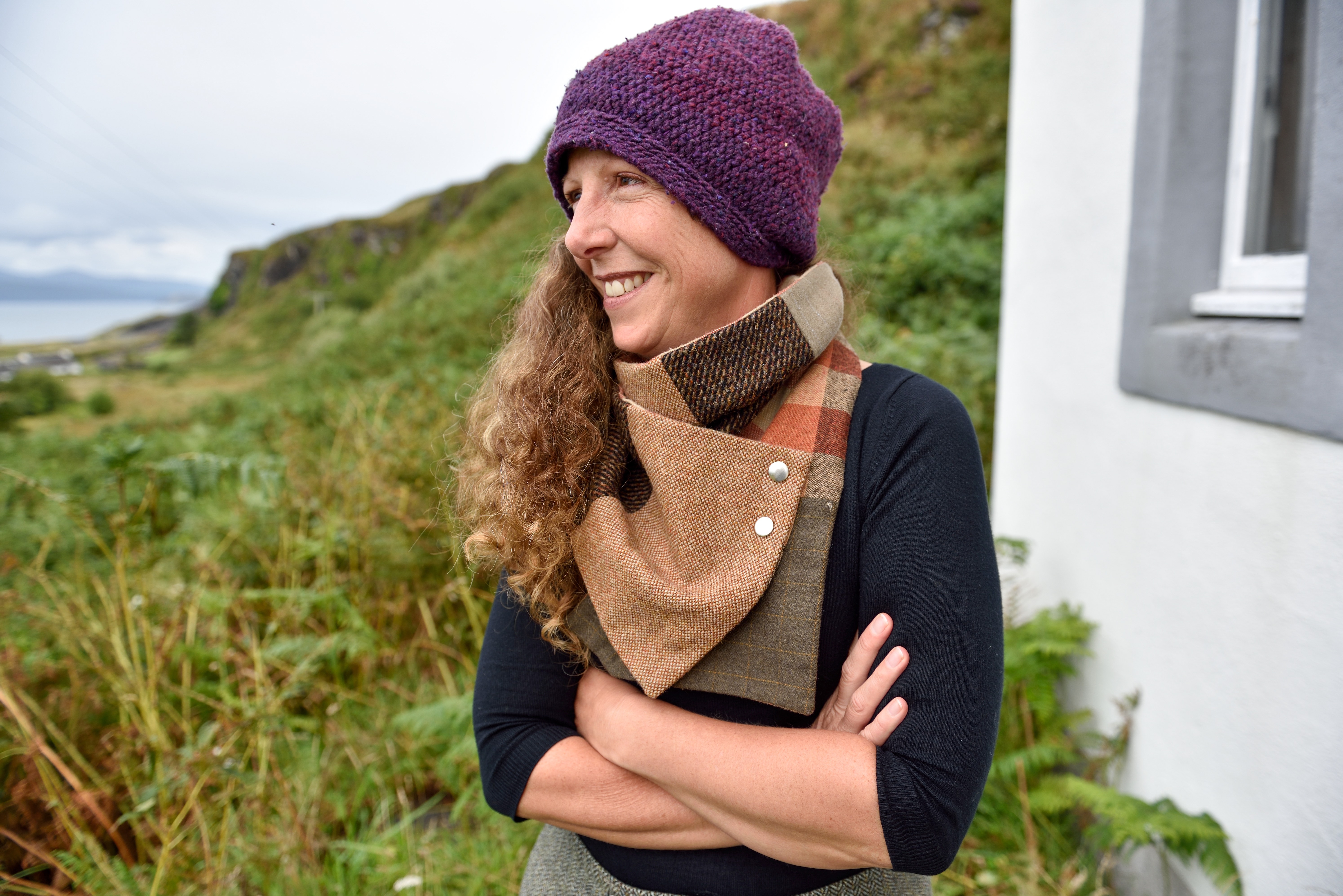 Development Officer
‍
I’ve been working in the Scottish Third Sector for 20 years and am passionate about social enterprise as a business model. I also truly believe in the physical and mental health and wellbeing benefits that being in the outdoors brings and am excited to be part of an organisation that offers these opportunities to young people.  When I’m not helping set up and develop charities and social enterprises, I’m likely to be off on an adventure in my van somewhere; possibly with my bike or freezing my bits off swimming in the sea. Following that I’ll be somewhere listening to some live music.

Hebridean Pursuits Outdoor Learning (HPOL) is a Scottish Charitable Incorporated Organisation (SCIO) and operates as a charitable social enterprise. The organisation is overseen by an experienced and skilled Board of Trustees who meet four times a year providing strong governance and oversight in line with HPOL’s constitution.

Geraldine Deighan, Chairman
‍
I have the privilege and pleasure of living in Argyll – and I love the energy and sense of optimism that comes with a day on the hills or a dip in the sea! Something to be shared and a perfect counter-balance to my lifetime career in finance.

Geoffrey Johnstone, Trustee
‍
‍I met Stephen Thomas, co-founder of HPOL when we served together on Sail Training Ship, Malcolm Miller. I was delighted to become a trustee in the early 1990s and took over as Chairman a few years later. Before I joined the charity, my career was spent in domestic and international logistics, whisky production and roles representing Small to Medium Enterprises throughout the UK. The latter serves me particularly well in helping run and guide the organisation in its mission.

Graham Robson, Treasurer
‍
‍I was raised in the industrial North East of England with blast furnaces at the end of the street, but my heart was raised by rare trips to the Cleveland Hills. Now, after a career in finance and IT and a lifetime of hill walking, it is a privilege to help young people share a taste of the hills.

Caroline Lamond
‍
‍I believe passionately in young people having a voice in their communities, and having spaces, experiences and challenges to allow them to reflect on who they are and what is important to them; we all benefit from confident young people contributing to society. On a personal note, I’m the reigning After Eight game champion amongst the Trustees and staff!

Fiona McKenzie
‍
‍Hillwalking became part of my life as a medical student and I quickly learned the restorative value of 'a day in the hills'. Having worked for many years as a doctor in mental health, I am aware of the benefits of stretching yet nurturing activities in building confidence and a better sense of self. Now retired, I am pleased to be involved with an organisation offering young people an introduction to the hills, the outdoors and their possibilities.

Stephen Thomas
‍
Steve Thomas co-founded what was to become the Roses Charitable Trust in 1989. His previous business career and experience in mountaineering and seamanship was invaluable in helping to shape its charitably supported youth work. Steve was part of a well known ocean racing crew before gaining his first experience in sail training for young people as a watch officer on the tall ships of the Sail Training Association. Ski mountaineering has been a particular feature of his life with trips around the world including four to the Arctic. He has also mountaineered frequently in the Himalayas, particularly in Nepal and Baltistan.

Steve ran the sail-training part of the programme of the RCT as well as the fundraising strategy. He was appointed as Patron and Founder on his retirement in 2011 and, as such, continues to support the work of the Trust. He takes great pride in the fact that the RCT has contributed to challenging interventions in the development of so many disadvantaged young people.

We were deeply saddened to hear of Doug's passing away. Doug's friendship, support and belief in our work was hugely appreciated.
‍
Doug's entertaining, inspiring and adventurous nature was enjoyed by all who attended his lectures he gave in support of our work.
‍
His legacy will live on through his legendary mountaineering exploits and  his charity Action Nepal. https://www.canepal.org.uk/
‍
We were proud to have Doug as one of Patrons.

First and foremost my greatest achievement is my two children; the eldest an English teacher and the youngest an inspector with CQC.

Born and educated in Kenya, and moved to Bradford in 1967 for further education; I attended Bradford Technical College and did undertook a course in production engineering.  My thirst to travel the world and sports led me to join the British Army.  I began my journey attending School of Electrical and Mechanical Engineering Bordon where I  studied  automobile engineering; I was stationed all over the world, Germany, Canada, N. Ireland, Hong Kong and Fiji just to name a few.  The highlight of my army career was serving 6 years with the 2/7 Gurkha Battalion in Hong Kong.  I ended my army career as a Lead Assessor in Quality Management Systems.

After I left the army I qualified as a adult trainer and have since completed numerous behaviour management training; as these are the key skills I require as being the Director of Himmat.

I have been a recipient of a number of international awards such as The Butler Trust and The International Community Justice Award. I have been  honoured by Her Majesty the Queen with an MBE and a BEM.

I represent the community on a number of strategic boards; I was  the chairperson on The Halifax Opportunities Trust, and a board member of Bradford Youth Offending Team and Calderdale Youth Offending Team. In the past I have served as a trustee of Community Foundation Board and West Central Regeneration Board.

I am fluent in German, Swahili, Urdu and Punjabi. I have in the past participated in a lot of competitive sports especially Squash, Hockey and Cricket but now my body can do no more.

I love anthropology, reading listening to Kitaro and cooking. But the main buzz in my life is my work with young and my family.

We are proud members of 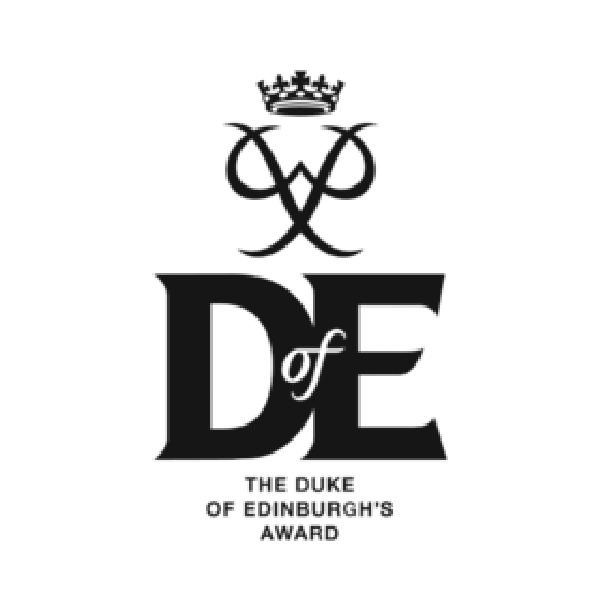 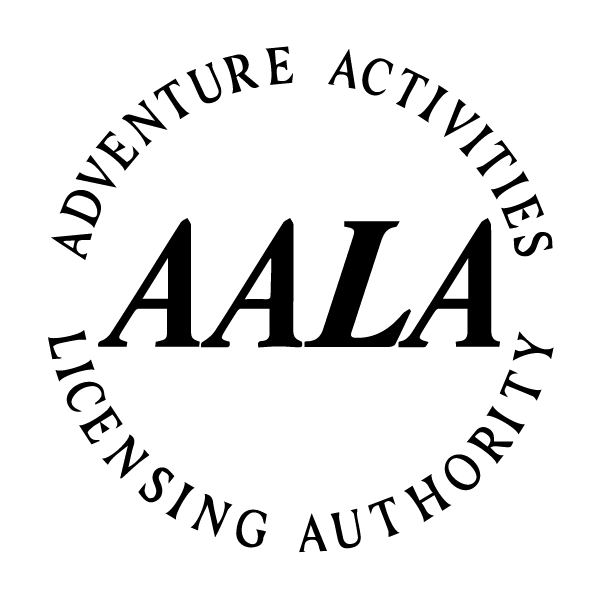 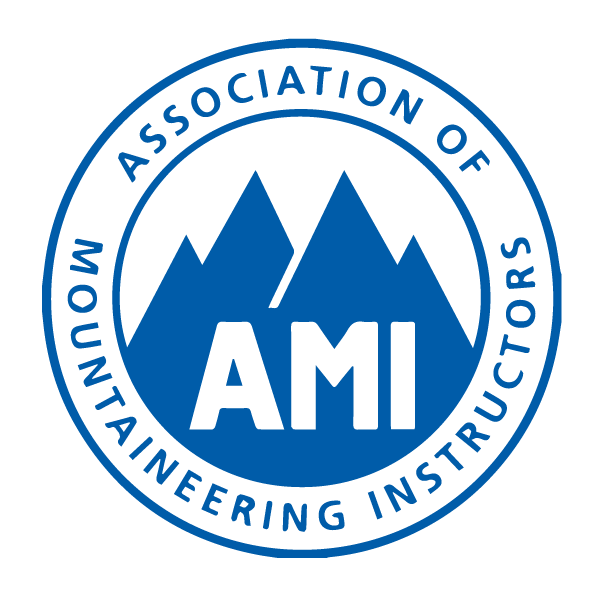 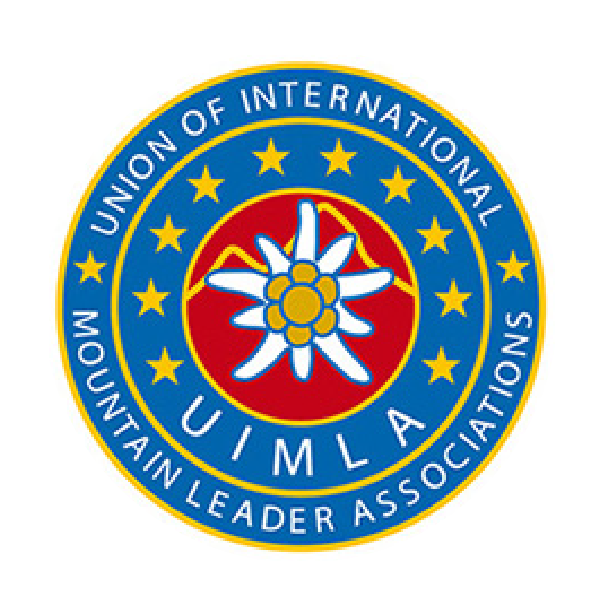